“The Ghost and Mr. Chicken,” originally released in 1966, stars Don Knotts, whom you may remember best as Deputy Barney Fife from “The Andy Griffith Show.” Knotts plays Luther Hegg, a typesetter for a small-town newspaper in Rachel, Kansas.

One day Luther’s friend, Mr. Kelsey (Liam Redmond), the janitor for the newspaper, encourages Luther to write some filler copy for the newspaper. When Luther says he’s not sure what to write about, Kelsey suggests an article about the 20th anniversary of the Simmons murder/suicides, especially since the heir to the Simmons fortune, Nicholas Simmons (Phil Ober), has said he’s going to have the house destroyed.

Kelsey tells Luther the Simmons’ story: Mr. and Mrs. Simmons lived in a lovely house in Rachel. Mrs. Simmons was younger than her husband and was said to be very beautiful. One night after an argument, Mr. Simmons stabbed Mrs. Simmons and killed her. Then he ran to the pipe organ in the upper level of the house. He played like a madman, blood staining the organ’s keys. Then he flung himself out of the window and was killed. Kelsey was the Simmons’ gardener and was there on that fateful evening. He was very sad the Simmons couple died. He tells Luther that at the stroke of midnight, the organ can be heard playing by the ghost of Mr. Simmons.

With Kelsey’s help, Luther writes the article and it gets published on the front page. The newspaper manager, George Beckett (played by Dick Sargeant, who was Darren on the TV show “Bewitched”) isn’t thrilled, but tells Ollie Weaver (Skip Homeier) that he wants a really good story on the Simmons house. Ollie and George decide that Luther should go and spend the night in the house to prove whether or not it’s haunted. Luther says he doesn’t believe in ghosts and he’s excited to have the chance to write another story. George even tells Luther he’ll give him a job as a reporter for the paper if the story is good. 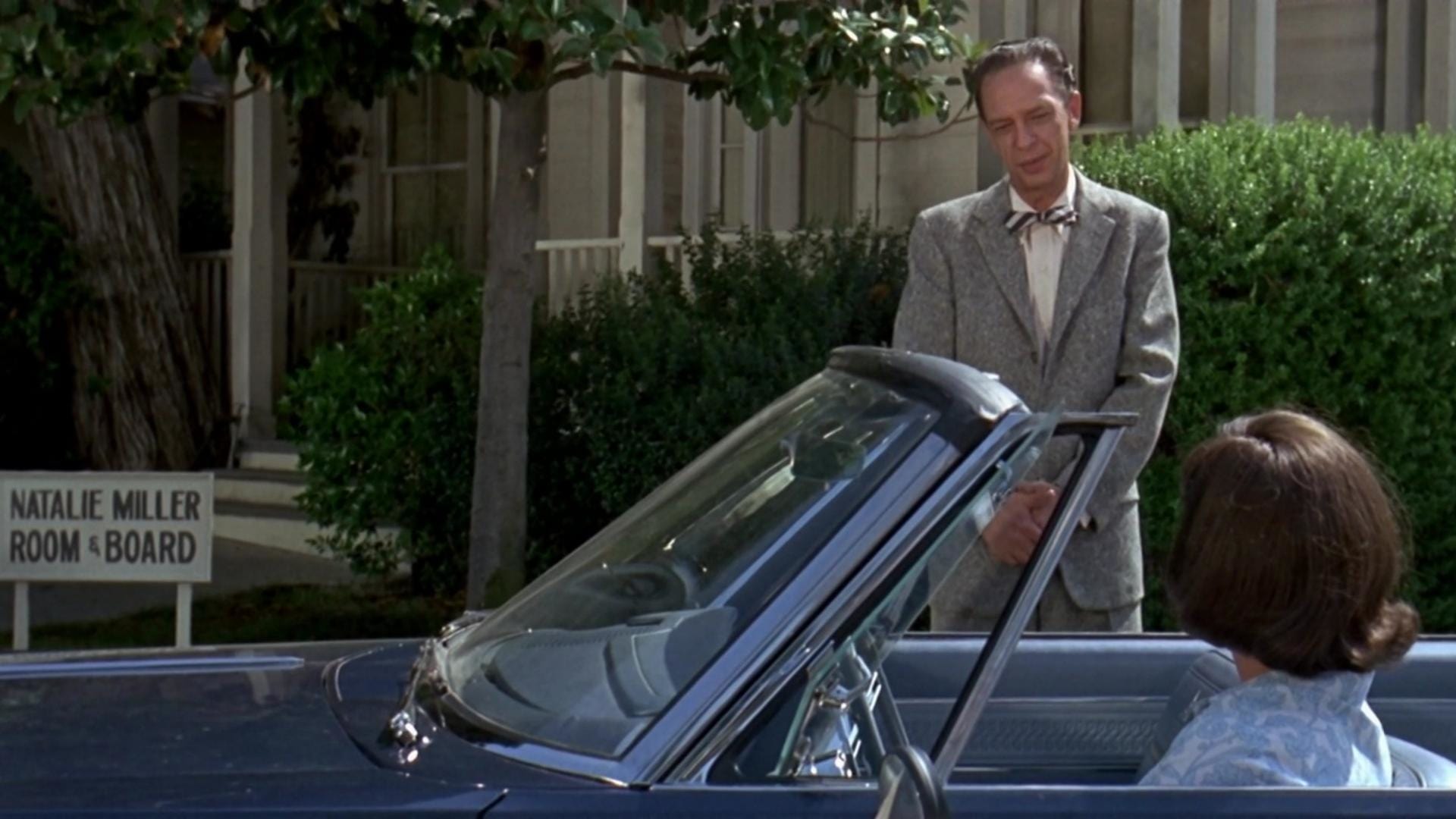 A woman named Alma (Joan Staley) is Luther’s love-interest in the movie. She casually dates Ollie but is sweet on Luther. Luther tells Alma he’s going to stay overnight in the Simmons house and she is concerned for him, but wishes him luck. It seems as though Luther thinks his promotion to reporter will help him win Alma’s heart.

The confident Luther heads off to the Simmons house. At first it just seems like an old house, neglected and covered in cobwebs. He throws a book at the bookcase, only to find that the bookcase slides back and there’s a secret, hidden staircase there. He climbs the staircase and goes into the organ room. He sees the blood stains on the keys where Mr. Simmons played the night he died. As he looks around the house, the smallest things scare him – the sounds of the wind, creaking floorboards, his reflection in a mirror. This is classic Don Knotts – the goofy scaredy-cat who’s afraid of his own shadow.

As Luther is descending the staircase back to the main floor, he hears the organ playing. It must be Mr. Simmons’ ghost! Luther runs down the staircase and is terrified at the sight of a pair of garden shears sticking out of the neck of Mrs. Simmons’ portrait, spurting blood! He runs out of the house screaming!

Back at the newspaper, Luther tells Ollie and George his harrowing tale. Ollie starts writing the story, embellishing most of it, and it gets printed on the front page. Everyone in town is thrilled and excited. Luther becomes a hero and is thrown a special lunch in the park, where a band plays “For He’s a Jolly Good Fellow.” Luther makes a nervous speech about being brave. As he leaves the podium he’s handed a court summons. Nicholas Simmons plans on suing Luther and the newspaper for libel, saying the story was made up, nothing happened in the house and that Luther made the Simmons family name look bad.

Nicholas Simmons tells George if he loses the court battle Nicholas will own the newspaper and fire Luther. This makes George very nervous and he tells Luther he hopes they lose the case. Luther is very saddened by this. 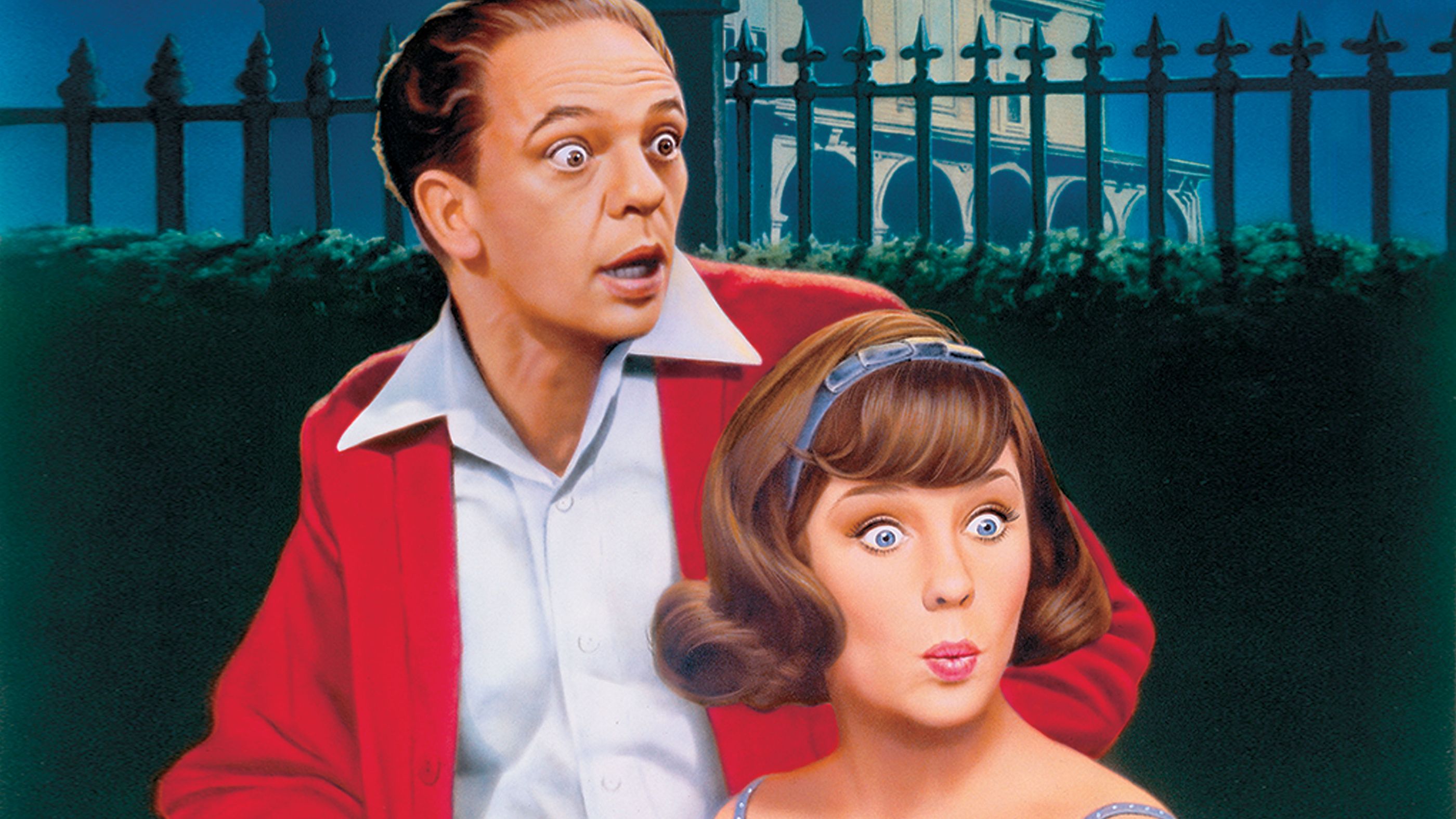 In the courtroom several witnesses speak about Luther, including his grade school teacher who says he used to make up wild stories. A credible-seeming witness saying he heard organ music and screaming coming from the house is discredited when the prosecution reveals the man is active in a UFO-hunting organization. It seems Luther is doomed to lose until the judge decides everyone needs to go to the Simmons house themselves and see what happened. The prosecution, defendants, Alma, the judge and jury all head to the Simmons house at midnight to see what happens.

Everyone piles into the Simmons house. Luther tries to get the bookcase to slide open and reveal the hidden staircase, but it’s not working. The portrait of Mrs. Simmons doesn’t have shears sticking out of her neck and it looks undamaged. The organ doesn’t play at the stroke of midnight. Luther is terribly disappointed. The law parties leave, citing Luther a fake. Only Alma remains behind, and when she accidentally moves a sconce on the fireplace, the bookcase moves, revealing the hidden staircase so she goes up to see what’s there.

As Luther is leaving the Simmons house to go home, he hears the organ playing! He runs back into the house and slowly creeps up to the organ room. Someone is sitting there playing the organ! Luther peeks around and finds…it’s Kelsey!

Kelsey tells Luther it was him playing the organ with the pipes below the floor and stabbing the shears into Mrs. Simmons’ portrait the night Luther was in the house. Suddenly they hear a scream – it is Alma, from downstairs! They rush to her aid.

Alma is being held hostage by Nicholas Simmons. He says he’ll kill her. Kelsey tries to reason with Nicholas while Luther sneaks downstairs. Earlier in the movie Luther tells Alma he’s been learning karate “by mail” and says, “My whole body is a weapon.” He tries to karate-chop Nicholas it only hurts his hand. Then he throws his whole body at Nicholas, who drops to the floor and releases Amla. Kelsey tells Alma to call the police. He keeps Nicholas at bay with his gardening shears. 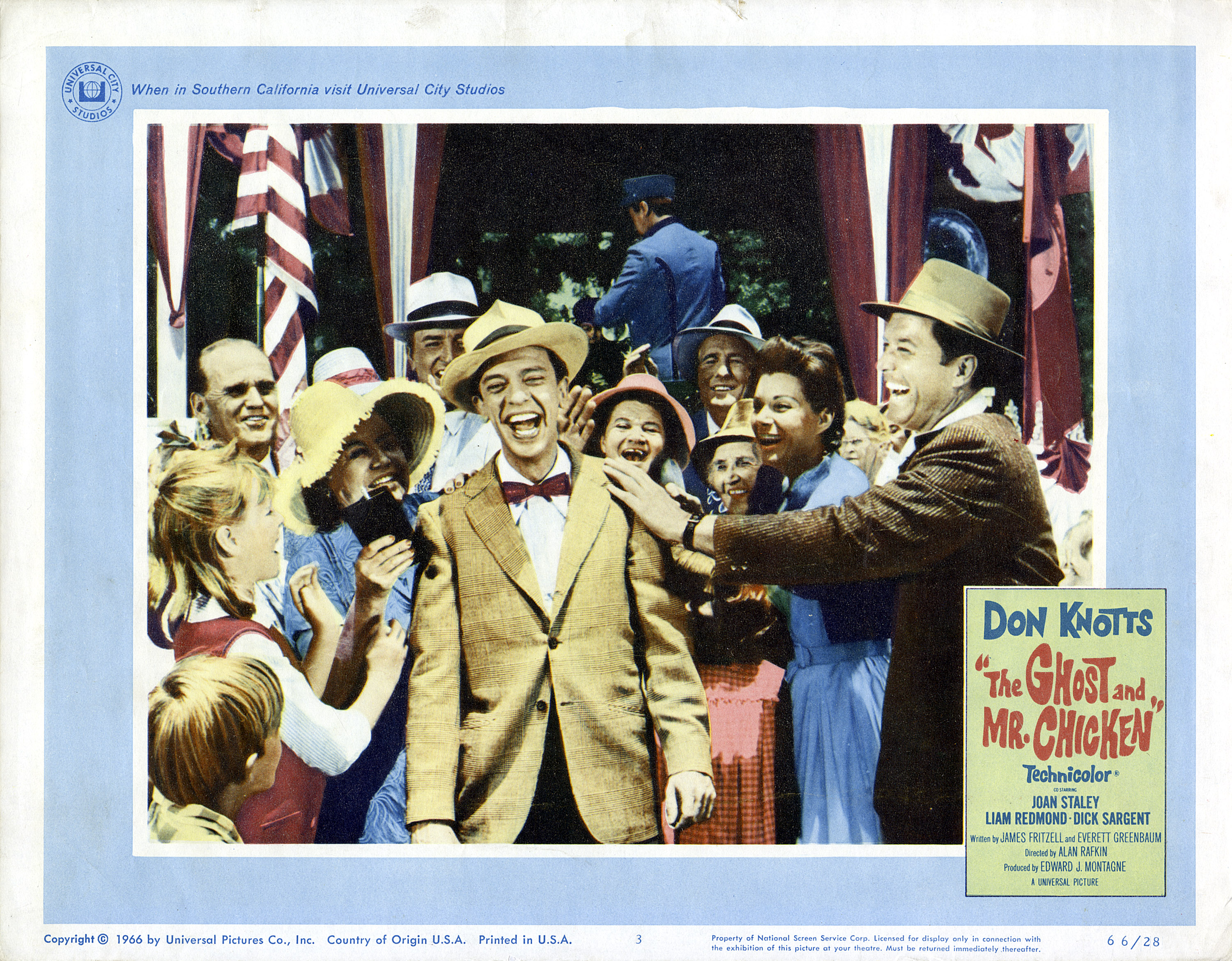 When the police arrive, Nicholas is tied to a chair. Kelsey says he was there the night of the crime and was afraid to come forward because his gardening shears were used to kill Mrs. Simmons. And Nicholas is the killer! He snuck up the hidden stairway and killed Mrs. Simmons. When Mr. Simmons found her dead he threw himself from the window in grief. Luther is thrilled that the story has finally been revealed and he won’t lose his job at the newspaper.

At the end of the movie, Alma and Luther are married. As everyone is walking out of the church with the happy couple, the organ starts playing a happy song. Then the song turns ominous and everyone looks to see why. The camera pans back and show the organ is playing by itself! Perhaps the ghost of Mr. Simmons was happy his mystery was finally solved.

Overall, an enjoyable flick that keeps you on the edge of your seats till the end with Don Knotts coming up with yet another commendable performance and his terrified expressions look straight out of a Pkv Games Online horror flick.